On December 10, Brian Seasholes participated in a public policy roundtable discussion in Washington, D.C. hosted by Department of Interior Secretary, David Bernhardt. The roundtable consisted of organizations from around the country that have an interest in Interior Department agencies and policies. 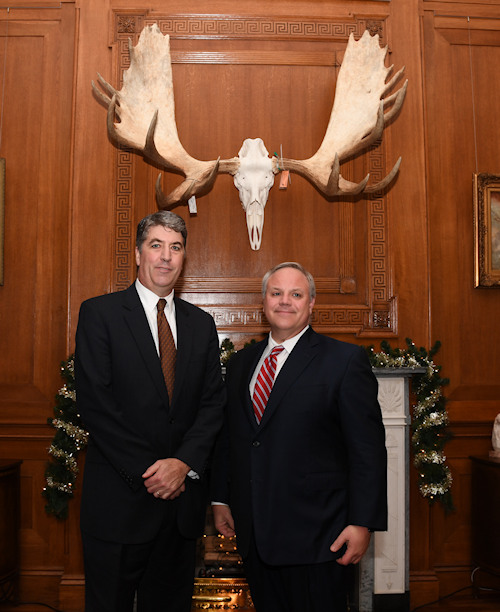 The roundtable also represented Secretary Bernhardt’s ongoing efforts to hear from a wide range of stakeholders, including getting a sense of issues pertaining to the Interior Department that the participating organizations are facing. Secretary Bernhardt also spoke about the department’s accomplishments, among them reforming the Endangered Species Act and improving access to outdoor recreation.

During the roundtable, a lively discussion ensued on a wide range of issues. In addition, Secretary Bernhardt was attentive and engaged, including asking follow-up questions and giving his frank views on issues raised by the roundtable participants. Brian Seasholes’ participation in the roundtable was an opportunity for him to discuss issues facing the Southwestern Communities Coalition and its members, and for him to hear about issues facing other organizations around the country.

The effort led by Secretary Bernhardt to implement commonsense reforms to the Endangered Species Act are an initiative that will benefit the Southwestern Communities Coalition’s members. One example of these reforms is the restoration of the distinction between endangered and threatened species. In 1975, the U.S. Fish and Wildlife Service effectively eliminated this distinction by treating all threatened species as if they were the more imperiled, and more stringently regulated, category of endangered species. This was done despite Congressional intent that the newly-passed Endangered Species Act of 1973 have such a distinction so that there would be more flexibility with the conservation and less stringent regulation of of threatened species. In addition, by establishing such a distinction, landowners, businesses and governments would have an incentive to conserve species, with the goal of moving species from the more-regulated status of endangered to the less-regulated status of threatened, and hopefully to recover species to the point protection under the Endangered Species Act would no longer necessary.

Unfortunately, by eliminating this distinction in 1975, the U.S. Fish and Wildlife Service removed an important source of motivation for recovering endangered species, as removed necessary regulatory flexibility to engaged in innovative conservation measures to “downlist” species, or reclassify them from endangered to threatened, and “delist” species, or remove them entirely from the Endangered Species Act’s protection. Delisting is, after all, the ultimate purpose of the Endangered Species Act, so it is ironic that the U.S. Fish and Wildlife Service in 1975 created a roadblock that impeded downlisting and delisting.

By restoring the distinction between endangered and threatened species, Secretary Bernhardt has done a great deal to improve the conservation of this nation’s most imperiled species. Endangered and threatened species need all the help they can get, including the deployment of innovative and cutting-edge conservation measures. Fortunately, this will be more likely to occur with the Interior Department’s reforms of the Endangered Species Act.

Secretary Bernhardt, by holding the roundtable, demonstrated his continued commitment to hearing the concerns from people who are dealing with the Interior Department and its policies daily. Such policies can include endangered species, hunting and fishing on federal land, grazing permits, National Park access, forest management and decreasing the threat of forest fires, energy production, outdoor recreation, and federal regulation of non-endangered wildlife. In addition, the Interior Department has 70,000 employees and manages 480 million acres of public lands, 700 million acres of subsurface minerals, and 1.7 billion acres of ocean in the outer continental shelf. Given this, there are a wide range of issues with which the Interior Department, as well as people and organizations outside of the department, deals.

You can learn more about the Interior Department and its mission by visiting its website at https://www.doi.gov/.