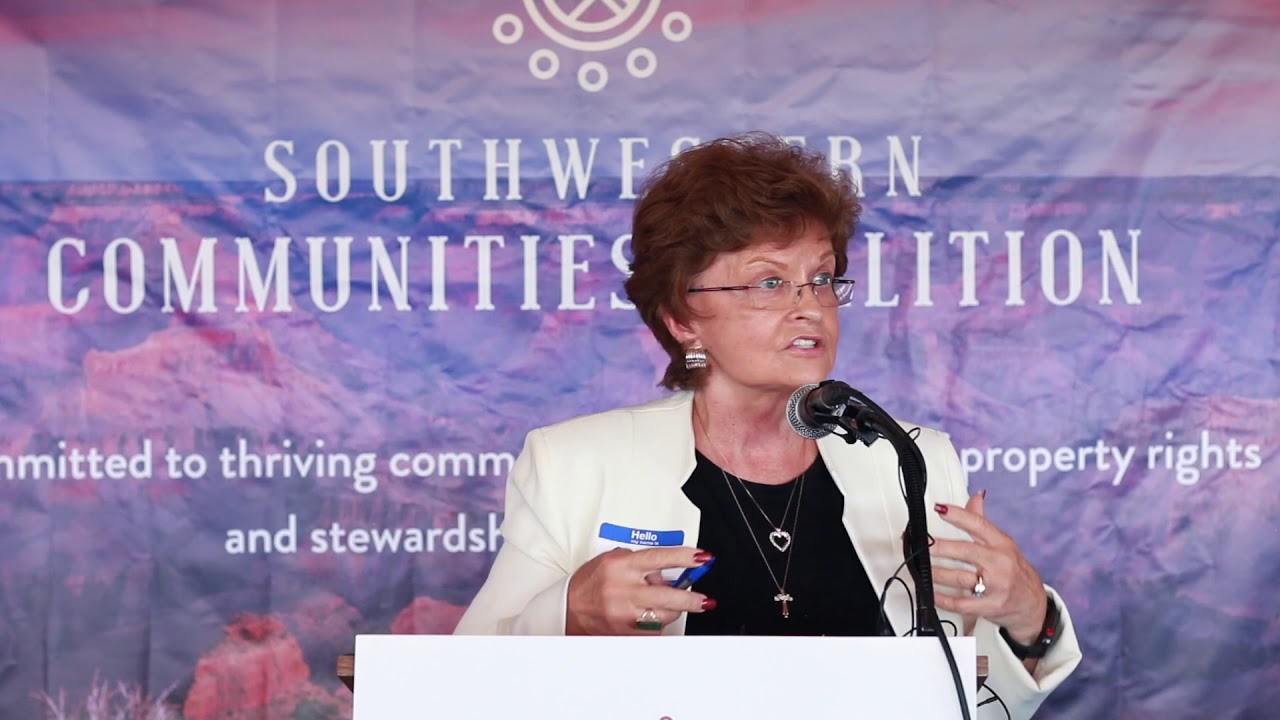 “We need a strong economy so our children will stay in our area.”
– Gail Griffin, Arizona State Representative

Arizona State Representative Gail Griffin was among the hundreds of community leaders, elected officials and other proponents of property rights and true environmental stewardship at the Southwestern Communities Coalition kickoff luncheon in September. She spoke about some of the bills she fought for in the Arizona State Legislature centered around these key issues.

“Common sense has just completely gone out the window,” said Griffin. “Some of the radicals want the land to be cow free, gun free and motor free. That’s part of the reason I ran for office originally.”

Griffin also weighed in on the importance of privately-owned land and the impact it has on local communities and the economy.

“Arizona only has 13 percent of land in private hands,” said Griffin. “When you take property off the market or lower the property value, it affects your tax base. We need a strong economy, so our children wills stay in our area.”

“Ranchers are the true environmentalists. They take care of the land 24/7 365 days a year,” said Griffin. We need a new environmental vision: based on facts instead of fear; solutions instead of conflict; education instead of litigation; science instead of emotion; and on employing human resources, protecting property rights natural resources rather than destroying them.”