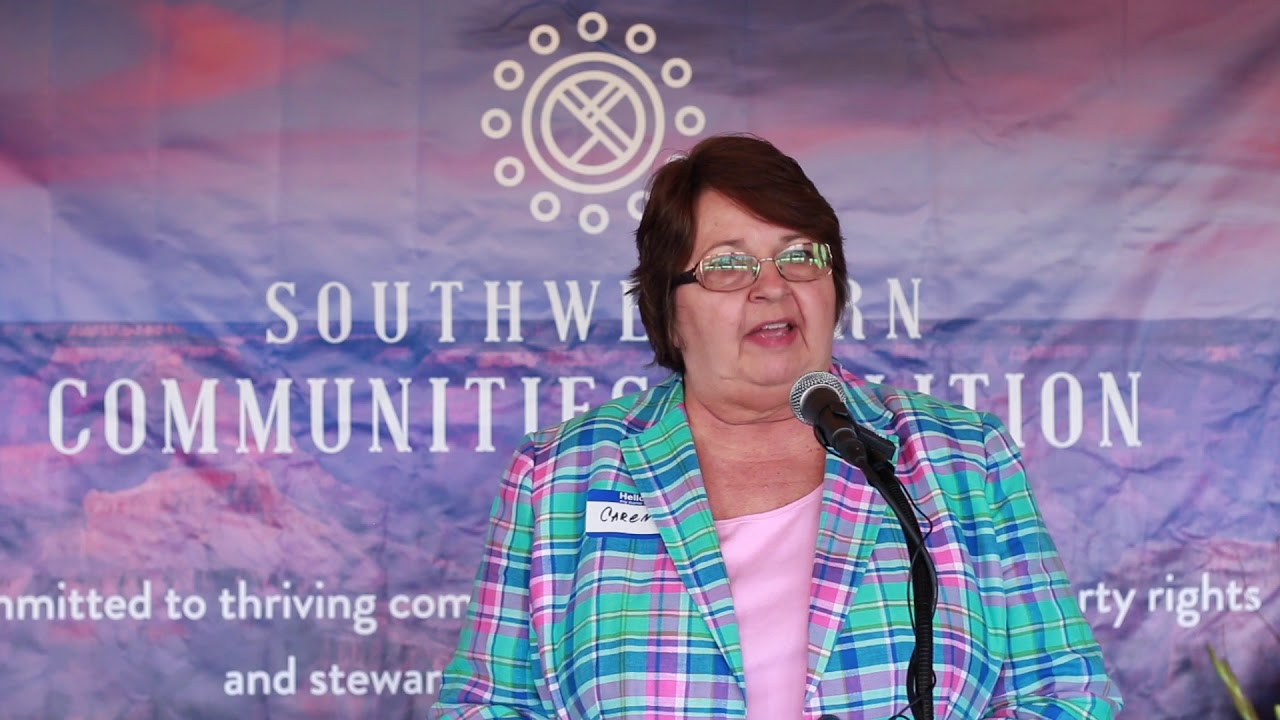 By The Editors September 30, 2019 News
No Comments

“As you watch people move from the land, you watch their heart and soul leave them as well.” – Caren Cowen, executive director of the New Mexico Cattlegrowers Association.

Speaking at the Southwestern Communities Coalition kickoff event in Benson, Arizona, Caren Cowen, Executive Director of the New Mexico Cattlegrowers Association, delivered a passionate and heartfelt speech to the hundreds in attendance. Her empathy-fueled stories of ranchers, farmers and other rural Americans struggling to thrive in the Southwestern United States struck a chord with those in attendance.

“I am a double-bred, ranching family, fourth-generation person at this point in time, but I’m an economic refugee in New Mexico because there wasn’t a place for me here in Arizona,” said Cowen. “So I ended up in New Mexico where I spent the last 30 years watching what [environmental lawsuit mills] have done to rural families in Arizona and New Mexico and other states.”

Cowen has been personally affected by the hardships facing ranching families.

“I’ve watched members of my family sell their ranches because it’s just too hard. In today’s economy we can’t continue to survive. As you watch people move from the land, you watch their heart and soul leave them as well.” Cowen continued. “We’re from an industry that feeds the United States and 15 percent of the rest of the world on a daily basis and nobody cares. The environmentalists are taking hold of that apathy and requiring more and more from people who have less and less to give.”

Cowen signed off showing support for the Southwestern Communities Coalition.

“It’s great to be here. It’s great to see this coalition forming and I look forward to a lot of help in the fight.”